IFA is committed to ensuring the well-being of women and children in Ethiopia, especially the vulnerable who have limited access to a quality health and medical care, and other essential services such as education and adequate nutrition. We focus on maternal and child health development by strengthening the health care system, building local capacity, supplying much needed technology and implementing evidence-based interventions. We collaborate with communities, partners and key stakeholders to bring about sustainable change and resilience on all of our projects.

IFA is committed to ensuring the well-being of women and children in Ethiopia, especially the vulnerable who have limited access to a quality health and medical care, and other essential services such as education and adequate nutrition. We focus on maternal and child health development by strengthening the health care system, building local capacity, supplying much needed technology and implementing evidence-based interventions. We collaborate with communities, partners and key stakeholders to bring about sustainable change and resilience on all of our projects. 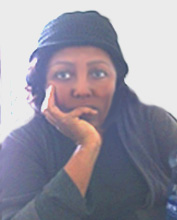 I am a healthcare practitioner with over 20 years of professional experience working on health care, education, and community development in Ethiopia and the United States of America. My expertise in medicine, coupled with my skills in institutional strengthening and capacity building, has equipped me to become a holistic healthcare professional capable of meeting IFA’s demand for a Program Director.

My professional interests focus on creating monitoring and evaluation tools suitable for low income settings, conducting operational research to assess quality gaps in the healthcare system, and implementing innovative programs to meet these gaps. In the past I was directly involved in numerous innovative projects, including: preparation of a new curriculum which was recently adopted by emerging medical schools in Ethiopia as a solution to the shortage of physicians; creation of screening tools for non-communicable diseases for urban health extension workers; and the development and implementation of a nationwide training program in Health Information Management. 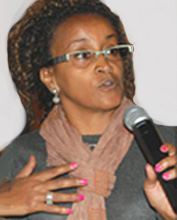 Seble Nebiyeloul was born in Addis Ababa, Ethiopia, and left for the United States as a youngster, after her father was executed during the communist revolution that overthrew imperial rule in 1974.

Seble, an alumnus of Nazreth School in Addis Ababa, went on to complete high school and college in Kentucky, to then pursue graduate school at the University of Maryland to study health care administration before settling in New York. In her professional life, she climbed the proverbial ladder, ascending to vice president of a public health organization. Her hard work yielded success and some happiness, but somehow, she felt unfulfilled. When offered a promotion to chief operating officer of her company, she declined to embark on a journey that took her back to her roots.

In 2006, Seble Nebiyeloul, returned to Ethiopia for a short visit and because of her background in the health field, ended up at Yekatit 12 hospital, one of the main referral hospitals in Addis Ababa. During this visit, she with her cousin, Dr Anteneh Roba, witnessed firsthand the horrendous situation of the pediatrics emergency room, where mothers coming from miles outside Addis with very sick newborn babies were being turned away because the hospital lacked much needed medical equipment to treat these children. What was needed were not highly sophisticated machinery – they needed incubators, phototherapy machines, oxygen concentrators, etc.

On her return to the US, Seble and Dr Anteneh raised the necessary fund to ship all the equipment needed to establish a state-of-the-art neonatal intensive care unit at Yekatit 12 hospital. Thereafter, Seble returned frequently to Ethiopia and witnessed the impact of their investment in the number of lives saved.

The contrast between the weak healthcare system of Ethiopia and the advanced healthcare available in the US spurred her to dedicate her life to the betterment of the lives of children. Thus, Seble co-founded International Fund for Africa (IFA), an international nonprofit organization with a mission to improve the well-being of children in Ethiopia and beyond.

Seble uses her mix of knowledge, skills and multicultural heritage as an influencer in the development field in Ethiopia. As a philanthropist, she brings an innovative approach; she introduced a hybrid model of giving by establishing a profit-making enterprise that will use its profits to sustain IFA financially so that IFA can gradually scale up its impact and remain financially secure, independent from donor dependency. As a leader, she encourages team leadership which resulted in establishing a highly engaged and motivated team at IFA. 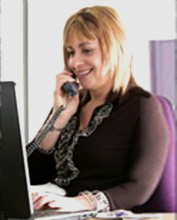 I am a healthcare practitioner with professional and academic qualifications in nursing, midwifery and healthcare management with experience in these fields spanning nearly 30 years. I have lived and worked in Kenya and Malawi for almost ten years between 1987 and 1997, returning to the UK to complete an MBA in “Health Population and Nutrition in Developing Countries”.

I have trained as both an adult and child educator and enjoyed the diversity of this work.

As a Healthcare Advisor for IFA, I believe my professional and academic qualifications and extensive experience enables me to contribute to the valuable work IFA is doing in maternal and child health and nutrition. I am privileged to be part of an organization that makes a difference to the lives of women and children. I believe fervently in the right of all women to live in an environment that enables safe pregnancy and birth and in the right of each child to realize his/her full potential through access to good health care and education. 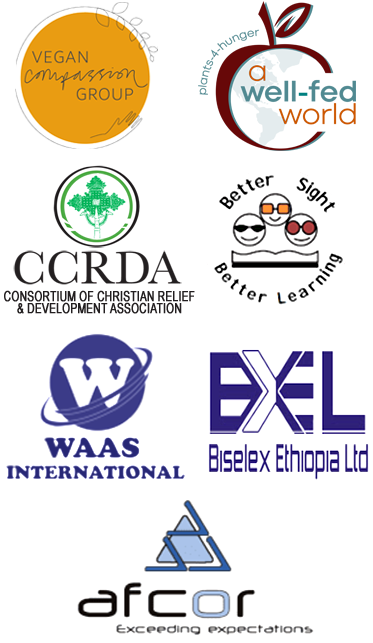